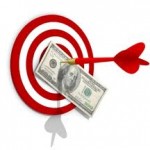 Interestingly, it has been forecast that marketers concerns about the economy will lead them to spend more of their dollars on online advertisements—which they see as a more reliable option than traditional media advertisements.

eMarketer projects a 10.5% increase in US online ad spending next year, followed by double-digit growth every year through 2014 when spending will reach $40.5 billion.

When looking at the breakdown of digital spending, eMarketer saw the fastest-growing format throughout the period to be online video advertising, while search would continue to get the most dollars.

Increases in online spending will far outpace those for total media spending, which will inch up by 1.2% next year after rising 3% in 2010. In 2014, eMarketer estimates total media ad spending will be $188.5 billion, up from $168.5 billion this year.

eMarketer’s David Hallerman also suggested that the slight increases for total media ad spending in 2010, 2012, and 2014 are due to unlimited political ad spending; where TV remains the main medium for political advertising dollars.

If Hallerman’s predictions ring true and marketers continue to view digital ads as more of a sure thing than traditional media, I think it is safe to say that the increase in digital ad sales isn’t stopping anytime soon.

For more information on marketing trends and news, please contact us at StreamCompanies.com